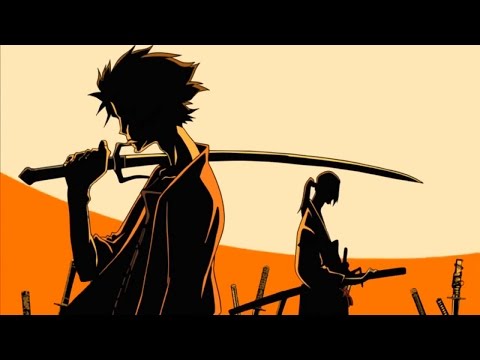 Keanu Reeves brought the story of the 47 Ronin to the United States in 2013. The story is legendary here. In short, 47 Ronin is a story of patience and honor. Their master, Lord Asano, struck another man in the Palace of the Shogun. The punishment for this was to commit hara-kiri, the brutal suicide where a disgraced samurai must disembowel himself in order to atone. This left his 47 samurai to walk the world as Ronin, samurai to a disgraced master. Instead of lashing out at the man responsible for the death of Asano right away, the 47 dispersed and waited 20 years to avenge Asano’s death. When the Ronin emerged and were ready to restore Asano’s honor, the Edo period, however, was ending and a new era was beginning. The new laws frowned down on these ancient laws.  The 46 (one was killed in the revenge mission) Ronin turned themselves in and stood trial under different rules. In the end, they also committed hara-kiri.

Ever since Colorado decided that the Mexicans were taking work from their white boys, our government has led a war on cannabis. Time went on and laws became more entrenched, both in our psyches and in the law books . Sure, there were pockets of people who tried to change these laws, but they were quickly shoved back underground and marginalized. That is, until California passed Proposition 215 twenty years ago this November. It was a direct challenge to the declaration of the Controlled Substances Act that cannabis had no medical value. Soon after, The State of California opened the doors for their Universities to research cannabis. There was finally a way to research cannabis without fitting into the impossible parameters of the National Institute of Drug Abuse (NIDA). The community laid low, built a case for themselves, and similar medical marijuana laws steadily grew across the country.

Since 1996, a state has placed a cannabis question in every election since that landmark ballot. There were 24 ballot questions for medical use, recreational use, and/or hemp fiber in these last 20 years. The states voted 2:1 in favor of access to cannabis in those elections. They are red and blue states. They are big city states and big country states. The medical benefits of cannabis arose despite the best efforts of the smoke and mirror campaign that the Federal Government led this last century.

Now CBD has caught fire and really taken off in the last few years. CBD is one of the ingredients in cannabis that has proved to have many health effects. It is the safest of the cannibinoids and a carrot that more conservative states have used to keep their citizens there. They have learned that there is a way to put this plant into their portfolios without allowing the entire herb to be grown. Pharma companies get the profits and the cops continue to bust the melanin-enhanced folk within their states. Everybody (who matters) wins.

This is a total of 46 states and the District of Columbia that are operating contrary to the Controlled Substances Act (CSA). This is 46 states that have found some way to take a part of the cannabis plant and provide their citizens with legal access because their Federal Government will not. This is a clear referendum on cannabis policy in the United States. Cannabis has 514 of 538 electoral votes in the United States.

But there has been no guidance from President-Elect Trump. In fact, his first choice for the position is Jeff Sessions, the man who was famously rejected from a federal judgeship position because “his former colleagues testified Sessions used the n-word and joked about the Ku Klux Klan, saying he thought they were “okay, until he learned that they smoked marijuana””. Again, Congress refused to allow him to rule on a federal bench because of this testimony from a former colleague.

So here we stand. We just finished an election where 25% of the eligible vote gave Trump the presidency. There is also no balance of power because the Republicans are now in charge of the House, Senate, and the White House. A clean sweep. It does not matter that 92% of the country has laws on the books to provide access to cannabis in one form or another. It does not matter that the citizens of 8 more states passed referendums on cannabis access this November. Not at all. We still have to worry about what a Trump presidency will mean for our cause. Twenty years and 46 states later.

More so, in this time of abysmal voter turnout (half of the voting age population did not bother to vote), 71% of Florida voters voted to legalize medical marijuana. Only 49% voted for Trump. Clinton received 48% of Florida’s votes. The other three states, Arkansas, Montana, and North Dakota also voted for both Trump and cannabis. All of the states that voted to legalize cannabis did not vote for Trump. They clearly have a Commander in Chief whose view are in direct conflict with their own.

The cannabis community is not a stranger to aggressive talk from the Feds. The era of baby Bush started with massive sweeps of glassblowers and culminated in the arrest of Tommy Chong. These semi-annual (every other year) busts were regular events in medical marijuana states, despite Attorneys General (insert name here) saying they would respect states’ rights. It was not until the Obama administration that reforms came to the cannabis community and the states felt secure in growing their causes.

A new era was upon the cannabis community. The state as an incubator was working! But this incoming Administration is giving indicators that they don’t care one bit about states incubating citizen-led industries. While the States are very much united in cannabis-reform, it is clear that our Federal Government does not agree. No amount of rationality will change that. So, I will continue to walk forward knowing that the Federal Government is not on my side. I am a Ronin. The scarlet letter is my disgrace.